Honda Power was supplied this image of five, yes 5, generators hooked up to a big rig truck from New Zealand Generator Hire Company Hooked On Power. This company is well known in the Film and TV industry for being able to supply power to a huge range of shoot locations. Most of the locally produced movies and TV shows you have watched in the past 20 years probably got their power from these guys.

We chatted with their boss Jeff Benton last week and he sent us the photo of the Honda Generator 'Quint rig'.

In the image you can see three EU70 generators and two EU22 generators - all combined they were able to produce 21kVA, that's 21,000 watts! The large generators ran the lights and the smaller ones provided all the power for the camera and sound equipment. In the movie world there can't be any sound on set, hence using Honda's inverter generators.

The reason for the massive set up was due to being asked to film a very popular movie a few years back. Hooked On Power was asked to supply power for a huge light (12000watts) located deep in the forest for a film production.

Jeff said "Our old faithful Honda EX5500 generator didn’t have enough output, but thankfully Honda had just released the EU30is inverter generator. These fantastic new inverter style generators had the ability to be linked (paralleled) together to double the output. We had to carry the generators in by hand to this location in the forest, so using small generator paralleled was the perfect way to do this. So I set about making up a suitable linking cable and joined 5 x EU30is inverters together giving theortically 15000watts of output. Well it worked! This light pulled around 50amps when warmed up, so the EU30’s were working hard. They are perfect for film shoots on the isolated islands or even as emergency power to a resort when there generators fail." 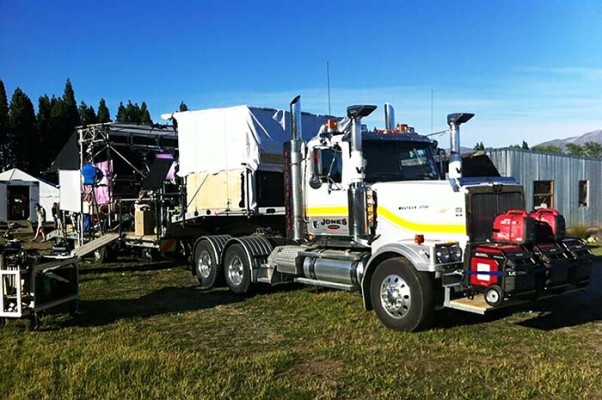