What is an Inverter Generator?

what is an inverter generator?

AND WHY DOES HONDA DO IT BETTER?

First up, just what is an inverter? In the most basic sense, an inverter takes DC power (from the engine inside the generator) and converts it into alternating current (AC) - grid type power that can be used powering your electronic equipment and appliances.

Alternating current (AC) has a continuously varying voltage that swings from positive to negative - hence the shape of the sine wave. 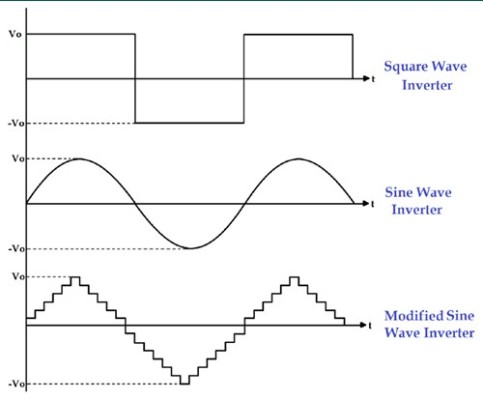 It is complicated to create a perfect sine wave, which is why Honda inverters generators are a premium product. Cheaper units produce irregular sine waves and therefore inefficient and erratic power.

The most inexpensive way to convert power from DC to AC is to switch the DC on and off, creating a square wave. These old-fashioned inverters are the cheapest to make, but produce the worst kind of power. They just flip the voltage from plus to minus creating a square waveform. Generators that produce square wave are also not very efficient because the square wave has a lot of power in the higher harmonic range that cannot be used by many appliances.

The other variant is a modified sine wave that is scientifically designed to simulate a pure sine wave so that it will work for most appliances. From the image above you can see it looks like a staircase. The steps are a flat plateau of positive voltage that then drops to zero for a while, then drops again to a flat plateau of negative voltage, back to zero for a while, then returning to the positive voltage and so on.  Because these units have to turn completely on and completely off they dissipate the least amount of heat for the power generated, and so smaller semiconductors and heat sinks are needed than if you were trying to generate a real sine wave.

Whereas all appliances can work off a smooth sine wave, many are known to have problems with the modified sine wave - and especially with a square one.

Look for a generator that guarantees a smooth sinewave and you can rest assured your generator with provide grid quality electricity that will be safe for sensitive electronics like phones, laptops and power tools.

A Honda inverter provides in most cases better than grid power as in NZ the fluctuation is allowed to be up to 10% + or - 230 whereas Honda inverters are generally less than 1.5% + or -.

That's probably why our inverters are the most popular in the world. Easy for us to say, but find your local Honda dealer and see for yourself.